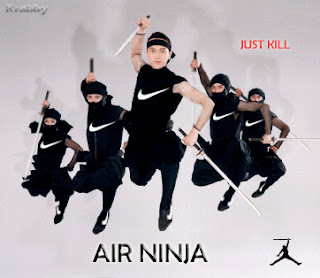 Early in my "career" as a for-hire bullshitter, I joined a company with "international presence" and experienced my first bout of real jet lag.

In this case, "international presence" meant we were working with a multi-national with offices in the US, UK, and continental Europe. It wasn't that international, in retrospect, but sure seemed exotic to a 20-something like me!

I had crossed the Atlantic a couple of times before, but I wasn't the air ninja I am today. So I boarded the (randomly-selected) plane and found my (cheap coach) seat. I was thrilled! In a few hours I'd be in Swinging London, telling the limeys how to do it!

As most young guns can tell you, your first solo international flight is an adventure. The snacks! The romance! The free booze! The trying to sleep in coach! Of course, I partook. And partook. "Keep 'em coming!" says I!

By the time I landed in London, I had spent the entire night drinking and smiling in my little seat, and the cold, humid air of Heathrow was not enough to rouse my rapidly-wearing body.

My boss (the bastard) had somehow talked his way into business class and was smart enough to sleep the whole way. We met up at "baggage reclaim" and hopped in a (client company) car for The City. I was already yawning.

We reached the financial district and headed straight to our all-day meeting. Our bags were whisked to The Thistle ahead of us. The luxury! We strode into the glass and steel Edifice of Importance and met up with a half dozen spotty grotty brits to begin our meeting.

I managed to make it through introductions, taking my seat next to the boss at the head of the table, but then it all came crashing down. The moment I was no longer standing, I felt the flight and the booze and the time difference hit me.  The room became a nursery, with the warm air of the projector lulling me to sleep with its sweet song.

I still don't know what happened in that meeting. Somehow, I avoided getting fired even though I slept through the whole thing. I even kept that London gig for a few more trips!

Did I learn? Hell no! I stayed up late, drank and smoked, and even picked up a local specimen of the female persuasion when my "mates" didn't show. But that's a story for another day!

Labels: Good Times on the Plane, Gotta Love the Client Site, The joys of being a new consultant

Spotty grotty Brits? You've just lost a reader of the blog from the UK.

Sounds like you need to learn a bit of customer relationship skill as the way you write isn't exactly an exercise in marketing skill!