I'm a Rock Star....or just Insane. And this hotel doesn't have wireless. 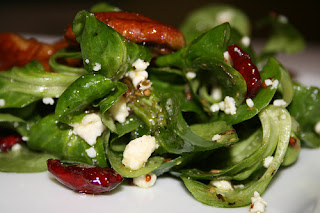 Not that there was really any doubt before, but here’s a story that basically tells you what a maniac I am. Or…as I like to think of it…more how die-hard, dedicated and just generally cool this crazy consultant is. So cool, in fact, that I get to end sentences with “is.”

Yesterday, at approximately 3pm, I was put under anesthesia. I had this medical procedure that I needed to have done (I’ll let your imaginations run wild with that one), and they knocked me out for it. Two and a half hours later, I came around. Ridiculously drugged, my wonderful friend took me home. I was in bed asleep from all the drugs within an hour.

Now…for planning purposes…of course I had to know how long this was going to “put me out.” The doctor guessed that the anesthesia should only last for about 10-12 hours. That meant that I should have been FINE sometime between 1:00am and 3:00am.
He just suggested that I not do anything stressful for awhile.
Great.
Playing it “safe,” the alarm went off at 4:00am this morning. I had to catch my 6:00am flight for Chicago. Gotta be there for campus recruiting!
God forbid I should leave any room for error.

Interviews started at 9am sharp.

Now, for someone who was under anesthesia less than 24 hours before, I think that’s pretty damn good. I showed up EARLY. (oh…and I forgot to mention…I showed up early in a really cool Jeep Wrangler with a soft top, decked out with satellite radio, since I’m just that cool – a 5-star Gold Club Hertz member (translation: I have no life)).

Yeah. So I did 8 interviews. They were great, too! Great candidates.

Now I’m back at the hotel.
I’m sitting in the hotel bar, and they don’t have wireless.
What is that about?
At $250/night, wireless shouldn’t be that hard.
So…I’m sitting here, sipping a glass of Estancia, eating some sort of standard hotel salad involving mysterious meat, dried cranberries and candied pecans, watching football on 12 different screens and listening to ‘Hootie and the Blowfish’ on the “Excessively Loud for the Bar” sound setting. Does that make me sound old or what?
God forbid anyone in here should be able to hear himself think, let alone talk to anyone else. I’m convinced that loud bar music is a covert government operation designed to make people with no life and sitting alone in hotel bars feel good about rationalizing why they’re not talking to anyone.

It’s a conspiracy I tell you!
Who plays ‘Hootie and the Blowfish’ anymore, anyway?
And 12 screens? Think of it this way: when there are ads…that’s 12 visuals of Tommy Lasorda talking about the Slim Fast diet. That’s an unfortunate 12 visuals.

Regardless, I’m just going to keep sipping my Estancia, feeling cool.
Dammit, I was under anesthesia yesterday. I rock.

Let’s not mention the fact that, if I was REALLY that cool, I’d be able to figure out how to use my crackberry as a laptop wireless connection.
Yeah…negative.

We won’t think about that.

Right now I’m just going to keep feeling good. So good, in fact – that I deserve a treat.
I’m going to see what the concierge lounge has to offer.
I got gypped on the candied pecans in this salad, anyway.
I only got two.
I expect at least four in a hotel salad.
There should be rules.
Posted by Crazy Consultant at 8:32 PM

PAINFUL.
Honestly - au bon pain has wireless and you only have to spend $1.39 for a coffee to use it.

Seriously, rockstar you are! I would have milked that under aenesthesia for all it was worth - at least the next day out! But traveling? For work? Oh hell no! You are the better consultant - and person - than I! :p

There should be rules. :)