The Most Disappointing Aspect of the NSA's PRISM Leak? That Crappy PowerPoint...

So the NSA has spent millions to build a secret network to spy on users of the biggest Internet portals. They've got access to just about everything passing through major Internet access points, including perhaps the ability to break through the (default) encryption on many services.

I mean, LOOK AT THOSE CRAPPY POWERPOINT PRESENTATIONS! 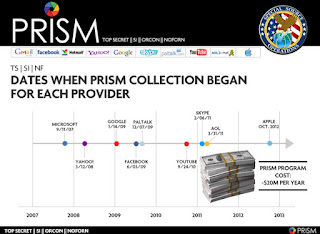 Some idiot chose to include the cost of the program as an aside inset in a timeline of the project? Seriously? And they illustrated it with some generic "stack of money" clipart? These people did not go to business school. 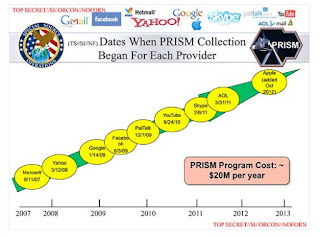 Then there's this timeline slide. This thing is a crime against humanity, the infamous "big green arrow with yellow bubbles" slide. Wait, isn't that the same data from the previous slide, just illustrated even more poorly? What the hell were they trying to say here that they didn't say there?

Oh, I see, this is a different deck. The other one has an official PRISM template, complete with a Google-colored ripoff logo. Presumably both were made in 2013 but by different incompetent office-dwellers. Was one an awful draft? That means the other was approved as the final product. This is just too horrifying to believe. 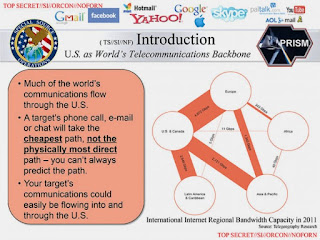 "Hey boss, we should tell them how awesome we are. We need to tell them that we can even intercept stuff that doesn't come through our datacenters. You know, how that Internet thing works."

"Great idea! Let's illustrate it with a series of lines and circles that isn't a map. And throw in a giant orange text block with bold, underlined text!" 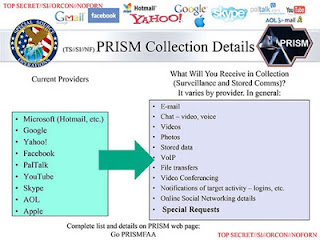 Someone really likes big colored boxes. And green arrows. What better way to inform agents what they can expect to get than a disjoint list of sources and outputs with no specifics?

These people could really use a consultant. 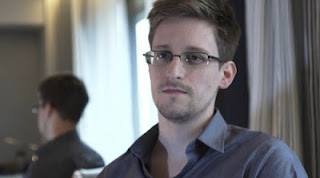 Labels: People Who Could Really Use A Consultant, Randomness